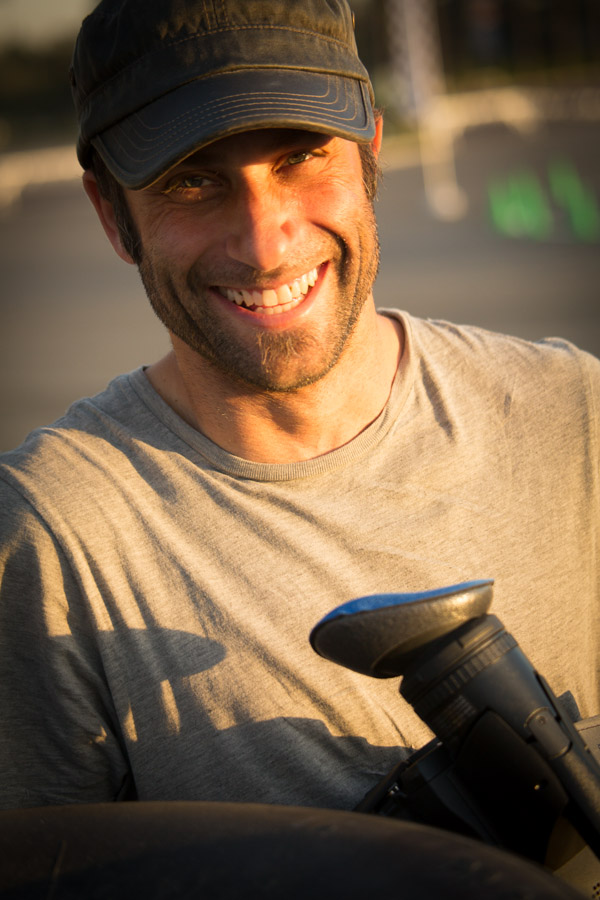 At an early age, Josh was at home with either a paint brush or drawing implement in hand. When he was introduced to still photography in high school his life was forever changed. He eventually made his way into filmmaking and fell in love with the documentary form, which paved the way for his career in celluloid and digital imagery.

Josh made his mark in 2006 with the documentary “Time & Tide”. Shot and co-directed with his wife and co-conspirator, Julie, it screened at numerous festivals worldwide, won several awards and eventually aired on PBS. He continues to co-direct with Julie, while simultaneously lending his photographic talent and skills to other directors and their projects, bouncing back and forth between the worlds of television commercial production and documentary.

He has lensed several successful television commercial campaigns including Ford, Bank of America, Pepsi, Intel, Sprint, Nokia, Chevron, American Express and others, for acclaimed filmmakers such as Stacy Peralta (“Dogtown and Z-Boys”), Steve James (“Hoop Dreams”, “Life Itself”), David Gelb (“Jiro Dreams of Sushi”) and Jessica Yu (“Last Call at the Oasis”), and enjoys building new relationships with both established and up-and-coming directors.

Josh is currently filming with actor Tim Robbins for a documentary about prisoner rehabilitation involving The Actors’ Gang and maximum security inmates. And at Sundance this past January were two films that Josh lent his photographic talent to: “The Devil We Know” for director Stephanie Soechtig, and “Inventing Tomorrow”, for director Laura Nix.

Josh’s rare position straddling the two worlds of documentary storytelling and commercial filmmaking has provided him with an invaluable approach to image making. His sensitivity for the story, combined with a keen eye for natural beauty and skilled hand in the craft of shaping light and color, help to create Josh’s unique blend of rich and immediate visuals.